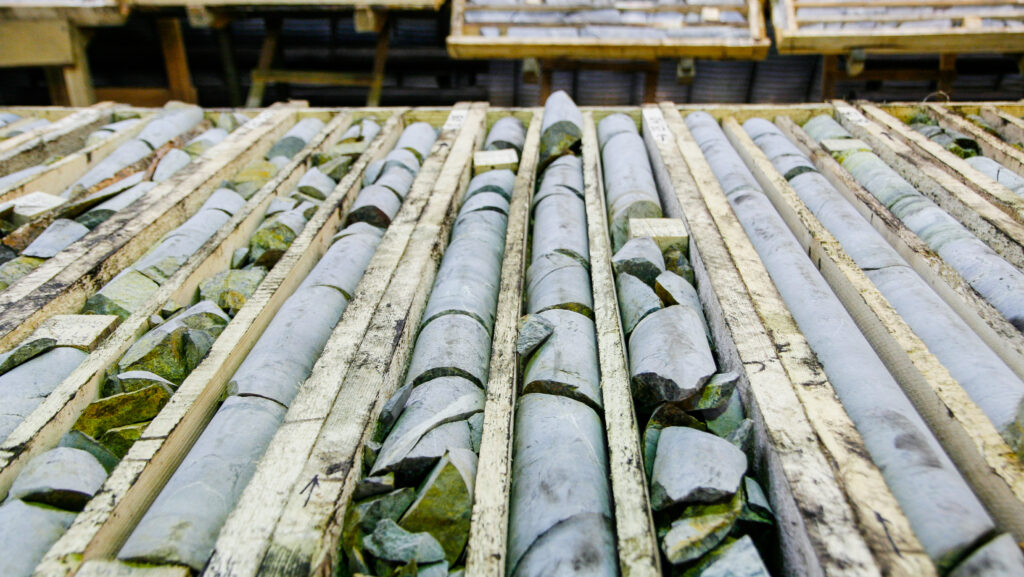 Click here for a video summary of this release.

TORONTO, ONTARIO, April 7, 2022 – E2Gold Inc. (TSXV: ETU) (the “Company” or “E2Gold”) announces the remaining results from its 10,171 m step-out drill program on the Hawkins Gold Project. Consistent grades at depth more than doubled the McKinnon Zone footprint over the 3 km strike length, indicating potential for further growth below the existing Resource.1 These early results also suggest thickening of the Zone at depth, as well as the discovery of a new off-trend zone in amphibolite. Follow-up targets are being selected as part of E2Gold’s next drilling campaign.

Significantly, the Company intersected 9.9 g/t gold over 1.0 m in hole MK21-35, located 200 m north of the McKinnon Zone. Dr. Owens commented, “This is a new discovery in amphibolite and indicates the potential for new gold zones elsewhere on the property.”

Beyond gold assays, the drill program has given E2Gold’s geological team valuable insight into potential controls on gold mineralization, a critical step for targeting holes in the next drill program.  The team’s current structural model will now be applied to targets both on- and off-trend of the McKinnon Zone.

Natalie Pietrzak-Renaud, Vice-President, Exploration, commented, ”Our analysis and interpretation of all drill results to date show the McKinnon Zone has gold grade and geological attributes similar to the gold deposits in this part of Ontario, including Magino and Côté Gold. Not only that, it appears that the zone is widening at depth.”

The recently-completed drill program tested both shallow-level and deep level targets (see Figure 1). The shallow targets aimed to chase the inferred plunge of high grade zones in the Mckinnon Zone. The deep level targets tested the deeper footprint of the McKinnon Zone, and intersected up to 66.2 m grading 0.24 g/t gold in DDH MK21-23, as well as localized high grades, up to 14.7 g/t gold over 1.0 m (Table 1). These results indicate the zone is robust at depth.

The McKinnon Zone is 3.5 km long and 10-25 m wide as exposed in surface outcrops. It is characterized by variably silicified sericite schist, finely diseminated pyrite and highly folded and pulled-apart quartz-veinlets. These veinlets host coarse pyrite (example, Figure 2) and contain the highest gold grades. The surrounding disseminated pyritic schists host a broad halo of lower grade gold, such as the 66.2 m of core length in drill hole MK21-23. Such widths and style of mineralization help facilitate targeting future drill holes and exploration plans.

The Company is currently planning for an intensive summer field exploration program which will aim at developing drill targets for its anticipated Fall-Winter drill program. This will include follow-up holes generated by the recently completed program at McKinnon. In addition, we will also investigate areas along strike to both the east and west of McKinnon, such as those delineated by the Induced Polarization survey results (see Press Release March 23, 2022). Further afield, Company geologists and prospectors will be conducting follow-up and regional surveys on priority geological and geophysical targets on the the western KB claims and the eastern block claims.